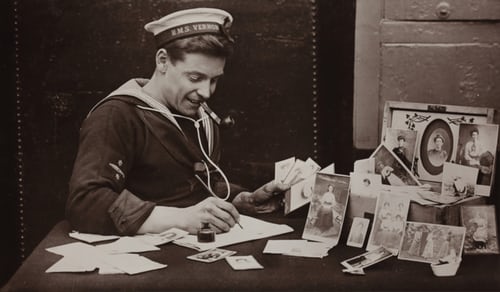 For most recent race results, click on the RACES tab above.

Due to the quality of the Pirates race article published in the paper, I feel that I should provide the club the version I sent to the paper.
It was the clubs Pirate race ( dress like a pirate win like a pirate) and afterward rum tasting to celebrate a day of sailing. There was a fresh breeze with gusts well over 20 knots. The race began with a tangle of four boats near the start line. Three of those boats caught a gust and shot across the start line at the exact start of the race. They were Puff captained by the salty kiwi Mike Sinclair, Paradox helmed by the physician Glenn Van Otteren and his children, and Pegasus captain by Bill Allen and family. The helmsman for Pegasus is Dick Allen and the sharp eyed 93 year old fighter pilot who once kept the enemy in his sights but now prefers them following him to the finish line.
These three boats also finished 1, 2 and 3 across the line and after corrected time was calculated, were awarded for their performance. Puff the J 24 was third, Pegasus the Catalina 320 was second the Paradox the J 92 first just minutes apart.

The following article was not published for several reasons. However, I thought you all might enjoy reading about your achievements so I am sending it out to the club.

The Sutton’s Bay Series Race is conducted on Tuesdays at 6 PM. On July 09 another Sutton Bay race was held and once again won by Mr Wizard an Etchells 22. The skipper and crew have fine tuned, trimmed and steered her first across the finish line and first on corrected time. This was a day of varying wind conditions starting out in light air but the wind came up out of the NW after the first mark. Grin an Ericson 32 added by skilled Omaha sailors made an astute tactical decision and placed second while Calisto a Cape Dory 27 and always well trimmed took third.

The Applebee Series Races are held on Saturdays at 1 PM. The July 6 race proved to be a closely fought one with the first three finishers only 4 seconds apart on corrected time. Pegasus a Catalina 320 finished first followed by Kristen B a Catalina 36 TM in second place and only one second later Paradox a J 92, crewed by the skippers young family. The attached photo taken by Bob Bayer show the start of this race. Outrageous and Calisto in front, Pegasus and Kristen B just rounded the start buoy and Puff and Paradox approaching the mark getting ready to tack.
Three boats dueled for the lead in the July 13 Applebee race. The were the first three across the line and on corrected time the top three.  Pegasus was first then Paradox and in third place Kristen B on corrected time.
Two big wins this month for Pegasus steered by a steady helmsmen who’s age does not slow him down. Congratulations skipper!

Mike Cann had already presented a different approach for letting him know whether you are going to run a spinnaker or not for a race. I had stated in my email today that it was an opt-in if you were to run spinnaker and receive a different handicap; however, Mike Cann had earlier stated this option as easier for him to keep track of what PHRF to use for your boat.
“Each skipper will have the right to “opt out” of using his spinnaker for a given race (or for the whole season). If a skipper does not opt out of using the Base handicap (assumes you can/will use a spinnaker) for the season, he/she may opt out of any given race by texting Mike Cann (415-308-3418) BEFORE the race start time. This will apply to both Applebee and Sutton race series”.
To put it more simply Mike will assume you will fly a spinnaker, so you have to tell him you are opting out.
I want to make Mike’s selecting the right handicap for your boat for that race as straight forward and simple as possible.
Thanks,
Campbell

The rain keeps coming and the lake keeps rising, fortunately we all have boats if matters turn biblical.
There are several changes to the race season this year.
We have spinnaker PHRF ratings for your boat if you wish to fly one in a race. Spinnakers are permitted on Saturday races. Notification must be given to Mike Cann PRIOR  to the start of the race if you plan to use a spinnaker.
In the tally of points for trophy not directly related to racing, we have added one point for accomplishing a man overboard drill. No don’t throw him/her overboard and not during a race but perhaps after the race while you are still under sail throw a cushion overboard. Keep track of your time after the cushion goes over the side to how long it takes you to come about and to bring the cushion on board. I have added this exercise so the skipper and crew understand if someone does go over the side how long it would take before you can get them back on board. Report your elapsed cushion rescue time and the date you accomplished this task to Mike Cann to earn your point.
Other points to be gained by not sailing well are for dressing up as a pirate, flags a flying and for patriots display. If the entire crew is dressed as buccaneers on 27 July than a point is earned, yes there hopefully will be multiple winners. Also a point will be earned for Stars and Stripes (patriot’s display) day 29 June and for flags a flying 06 July. No contest to earn a point, just a sufficient display for you personally, and you will have complied with the terms. Let Mike Cann know you earned a point.
We have our first Tuesday night race on 18 June, the beginning of the Sutton’s Olympic Series. A 6 pm start is scheduled.
The Applebee Series Race begins 22 June at 1 pm. Our annual Steak out Dinner is also on 22 June starting at 5:30. This is the meal where Tom Kalper the Commodore d’Cuisine hosts a grill for you to cook your “steak”. You should also bring a dish to pass and something to drink. The dinner will be at the Pavilion. Volunteers will be needed prior to the race to claim the reserved Pavilion with picnic tables. Don’t forget to bring your check books on 22 June to pay your dues if still owed.
Here is to a competitive and safe 2019 race season!
Campbell McLeod
Commodore 2019